Monitoring media freedom has been one of MISA Lesotho core activities since the organisation’s establishment in 1995.

To do this, we compile and publish accurate and detailed media violations and victories: that is, we record media freedom abuses as well as progress towards a free, independent, diverse and pluralistic media as envisaged by the Windhoek Declaration.

Media violations are issued in the form of alerts to educate people about the nature of the abuse and highlight trends. Alerts can also serve as advocacy tools and inform research to help influence changes to legislation and policy, as well as help bring perpetrators to justice.

We use this information to compile the MISA regional report, So this is Democracy? which ranks and measures the performance of Lesotho against other countries in the Southern African region.

MISA Lesotho has learned with grave concern about the shooting of the Newsday newspaper journalist Ntsoaki Motaung by members of the Lesotho Mounted Police Service (LMPS) during the youth protest dubbed #BachaShutDown on Friday November 6th 2020. The Institute further...

September 22nd 2020 To All Media Houses This serves as an expression of concern by MISA Lesotho over unwillingness and lack of interest by Deputy Leader of Basotho National Party (BNP), who is also Deputy Minister of Foreign Affairs, Honourable Machesetsa Mofomobe, to... 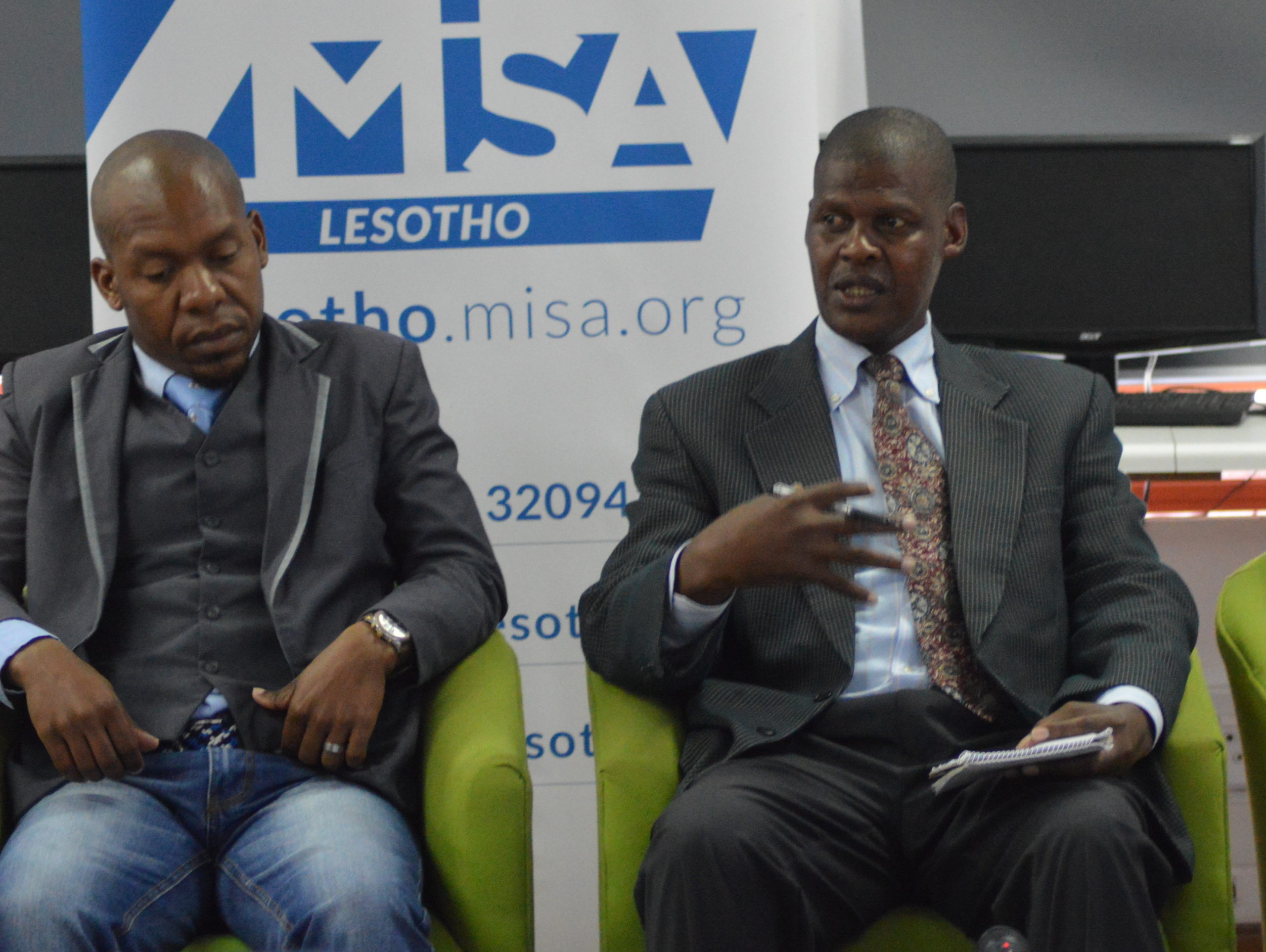 In commemoration of World Press Freedom day, the Media Institute of Southern Africa Lesotho Chapter (MISA Lesotho) held a one day event comprising of a Conference and participation on Global web chat. The event held at State Library American Corner in Maseru included...