MISA Lesotho’s message to the media ahead of 2015 elections 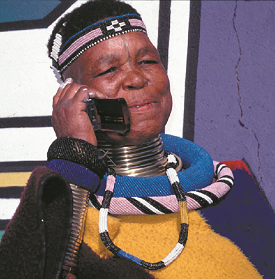 31 Mar, 2016
MISA Lesotho calls on the government of Lesotho to allow the media to practice freely, while also reminding the media it must adhere to journalistic standards and principles.

Having followed the unfolding of events after the February 2015 elections in the mountain kingdom, MISA Lesotho held an extraordinary meeting in July to reflect on the state of the media following the political and security events in the country. As an advocacy organisation with a primary interest in promoting media freedom, it is justified that MISA Lesotho would issue a statement that focuses on the sector. Our views in the statement below are informed by our daily monitoring and involvement within the sector.

Since the emergence of turbulences in the Lesotho democratic space, the media in the country has been reporting on, and informing the people of Lesotho, on various issues in and surrounding the situation. This is an acknowledged role of the media and MISA Lesotho in this regard encourages the sector to continue doing its duty with dedication and vigour as it is only when the sector strives to be at the centre of events that people of Lesotho will be in a position to not only make informed decisions, but also work towards attainment of peace and stability in the country.

It is with this in mind that MISA Lesotho appeals to other sectors of the society, especially the Government of Lesotho, to do all that is within its powers to bring about a media friendly environment in Lesotho in order for the sector to do its noble duty effectively.

With regard the media freedom, MISA Lesotho’s assertion is that during this political and security situation, there is freedom despite some media houses not observing media ethics, thereby abusing such freedom. This, however, does not erase worrying information regarding possible arrest of some media practitioners in relation to the alleged mutiny within the ranks of the Lesotho army and reports of journalists fleeing the country over alleged threats by security agents.

What is clear is that the political and security situation is not favourable in Lesotho and this warrants that the media should be professional in the way it conducts its business. We therefore appeal to all media practitioners to always observe and adhere to media ethics. It is only when we exercise high standards of journalism that we can safe Lesotho. We have a role to play and that is to continue providing information without fear or prejudice based on journalistic principles and standards.

MISA Lesotho affirms its commitment to protecting and promoting media freedom in Lesotho.

May God Protect Lesotho and Its Beautiful Nation!