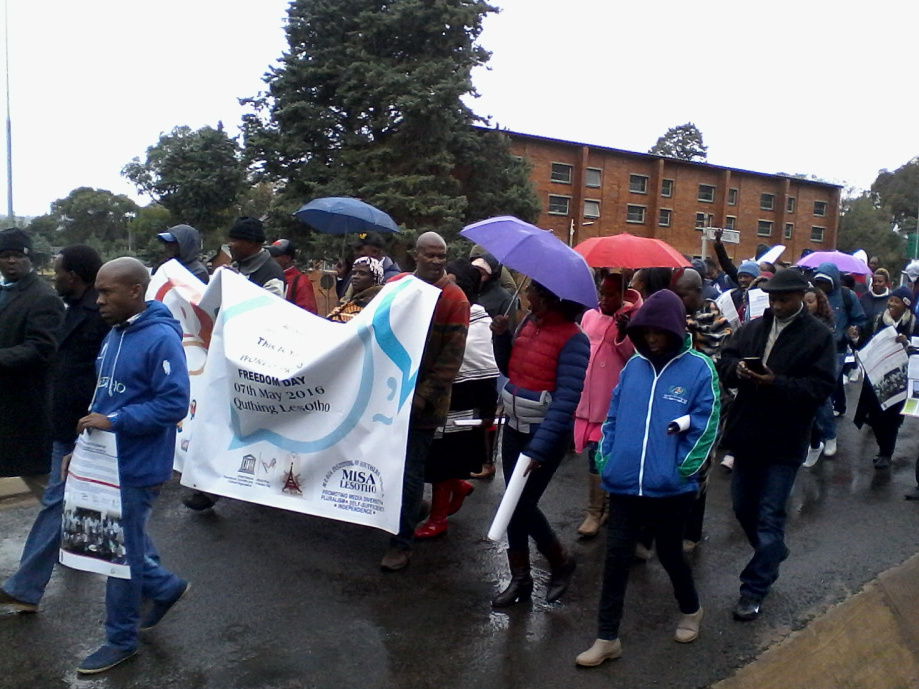 1 May, 2016
MISA Lesotho will celebrate World Press Freedom Day in 2016 at Quthing district on 7th May with a dance ceremony and the presentation of radio equipment to the community.

2016 World Press Freedom Day will be celebrated on the 7th May in Quthing district. MISA Lesotho will symbolise the celebration by handing over community radio equipment to the district community as part of the project, Access to information Through Establishment of Community Radio Stations. The project is financially supported by Open Society Initiative for Southern Africa.

MISA Lesotho selected this district to contribute to preservation of its multi-lingual nature and cultural diversity. Quthing district has three main tribes; Baphuthi, Xhosa and Thepu – each of whom speak a different language.

“ACCESS TO INFORMATION AND FUNDAMENTAL FREEDOMS: THIS IS YOUR RIGHT!”

Every year, the media celebrates the fundamental principles of press freedom on 3rd May. They use this day to evaluate press freedom around the world, defend the media from attacks on their independence and pay tribute to journalists who have lost their lives in the exercise of their profession.

Over 100 national celebrations take place each year to commemorate this Day. UNESCO leads the worldwide celebration by identifying the global thematic and organising the main event in different parts of world every year.

The international day was proclaimed by the UN General Assembly in 1993 following a recommendation adopted at the 26th session of UNESCO’s General Conference in 1991. This in turn was a response to a call by African journalists who in 1991 produced the landmark Windhoek Declaration (PDF) on media and independence.