U-Report uses social media and free short messaging services (SMS) to promote Basotho adolescents and youth participation to address issues that they care about. Through SMS, Facebook and Twitter, boys and girls can report different problems in their communities, access safe information, and connect with a global and local community of U-Reporters. Adolescents are able to anonymously inform concerns, provide data and engage in several campaigns of their interest. Voluntarily they can serve as community members, as U-Reporters on a free entry, free exit basis to speak out on what is happening in their communities and amplify their voices nationally.

In Lesotho, the project is also focused on sexual and reproductive health, especially the prevention of HIV. As the overall winner, Lephoto walked away with a laptop, Lesenyeho got a cellphone, Kabi got a tablet while Moeletsi was gifted a certificate of appreciation. In his winning essay, Lephoto says U-Report has given young people like him a voice and a chance to show that they matter in national issues.

“Dream-filled expectations were fed to me as when the U-Report ambassadors explained how it would all work, but what had me hooked was that my ideas, my opinions, and, most importantly, my voice would finally be heard.

“U-Report has also given us a chance to comment on the big issues that impact on us and has in some ways been a way to collect data, and enable us to take informed actions on the key challenges we all face,” Lephoto said. Although Lephoto knows that U-Report cannot be 100 percent perfect, he says the little information the project provided for children and young people has gone a long way in encouraging and building a sense of wanting to do more in terms of knowledge.

Thabure Remedial Centre student, Lemohang Lesenyeho, came second and walked away with a new cellphone. She says she was not confident about the way she spoke before joining U-Report and always wondered if her knowledge was impactful to the next person. “Although the platform may have a good impact in our community, I strongly believe there is room for improvement. In a world where mental illness is seen as a taboo, I truly believe normalizing mental illness talks could change that. Let’s touch on sensitive topics. The youth is the future of tomorrow, so why lose them to suicide?” Lesenyeho wrote.

Paballo Kabi from New Millennium English Medium came third and won a tablet. She commended U-Report as a friendly platform that never discriminates against anyone, a second home to children and young people. “It means life or a home or even a family. It guides me through difficult situations. U-Report never discriminates against people who come there because it is a school. Through multiple choices we made with our phones, I learned that peace and education is good for our skills and life. It taught me that you have to work as hard as you did last time,” Kabi said.

Harmony High School student, Monare Moeletsi, came fourth and was given a certificate of excellence. “U-Report has been my turning point. I have always been a shy person and I overthink. I struggled to realize my potential and my talents and I did not know how much I had in me that changed my life. Then came the U-Report program which made me see things differently; I ended up realizing that I have more potential than I wanted to live,” Moeletsi said.

MISA Lesotho deputy chairperson, Kananelo Boloetse, said at the prize-giving ceremony at MISA Lesotho head office that “as MISA Lesotho, UNICEF, and I personally, this program is very close to our hearts because it deals with issues that affect young people. “We know how many challenges children and the youth are faced with. We can talk of child marriages, teenage pregnancies while some live with chronic illnesses. Growing up my peers and  I were never given the space or platform to discuss issues that affect us as children. We were, instead, told to go and play outside.

“We are making positive strides in giving children a platform to speak on issues that affect them. The purpose of the program was to have 3 500 children and youth join U-Report but we exceeded that number because of the good work done by MISA Lesotho and UNICEF. “However, we still urge more children and youth to join the program because we want all children and youth to have a platform to discuss issues that affect them. “I congratulate these winners but that does not mean those who did not receive prizes wrote poor essays; it is just that there was a limited number of winners,” Boloetse said.

In most families, children are told to excuse themselves every time adults discuss issues deemed too serious for them to comprehend. In return, children turn to their peers to seek clarity which in most cases is distorted information, leading to young ones making wrong decisions about their lives.

Cognisant of how dangerous these harmful practices are, MISA Lesotho teamed up with the UNICEF to give children a voice at the beginning of 2020. The two institutions introduced a program called U-Report, a tool that uses social media and free SMS to promote the participation of young people on national issues. A platform is a secure place where children and youth are able to anonymously report their concerns and challenges, connect and organize with other people to promote change in their communities. The project was developed by an innovation office from Kenya and it is now operating in more than 20 countries on the African continent.

In Lesotho, MISA Lesotho and UNICEF identified and trained two local influencers – award-winning local filmmaker Ayesha Khuele and singer, rapper, and songwriter Sekonyela Qaitsane “Q-Real” – to drive the program. The two vibrant influencers traversed nine of the country’s 10 districts, training children and the youth about their rights and responsibilities. This empowered more than 5 000 children in Lesotho to voice out issues of concern and learn more about their rights and responsibilities.

As part of assessing the impact U-Report has had on these children, MISA Lesotho ran a U-Report Essay Competition where more than 50 children and youth tried their luck. The U-Report project was developed by an innovation office from Kenya and it is now operating in more than 20 countries on the African continent. It aims to engage youth to work for change in their localities and connecting the distinct realities they face. 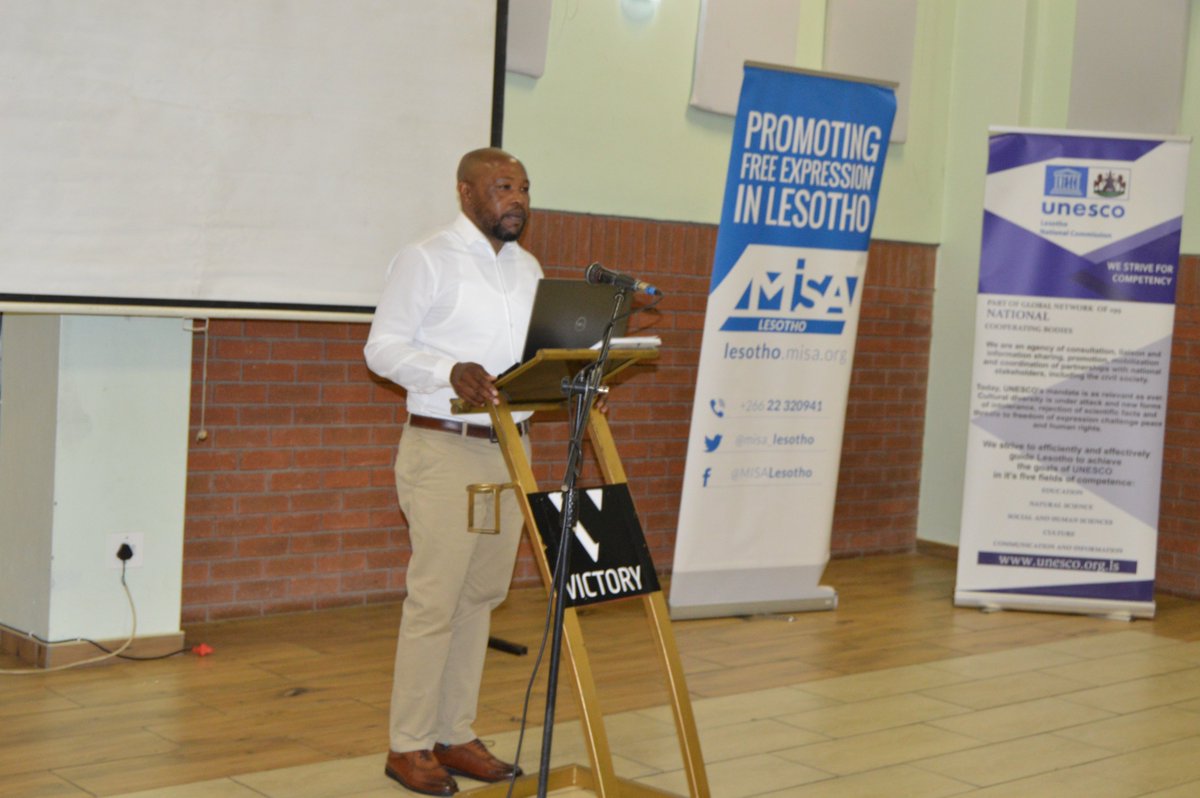 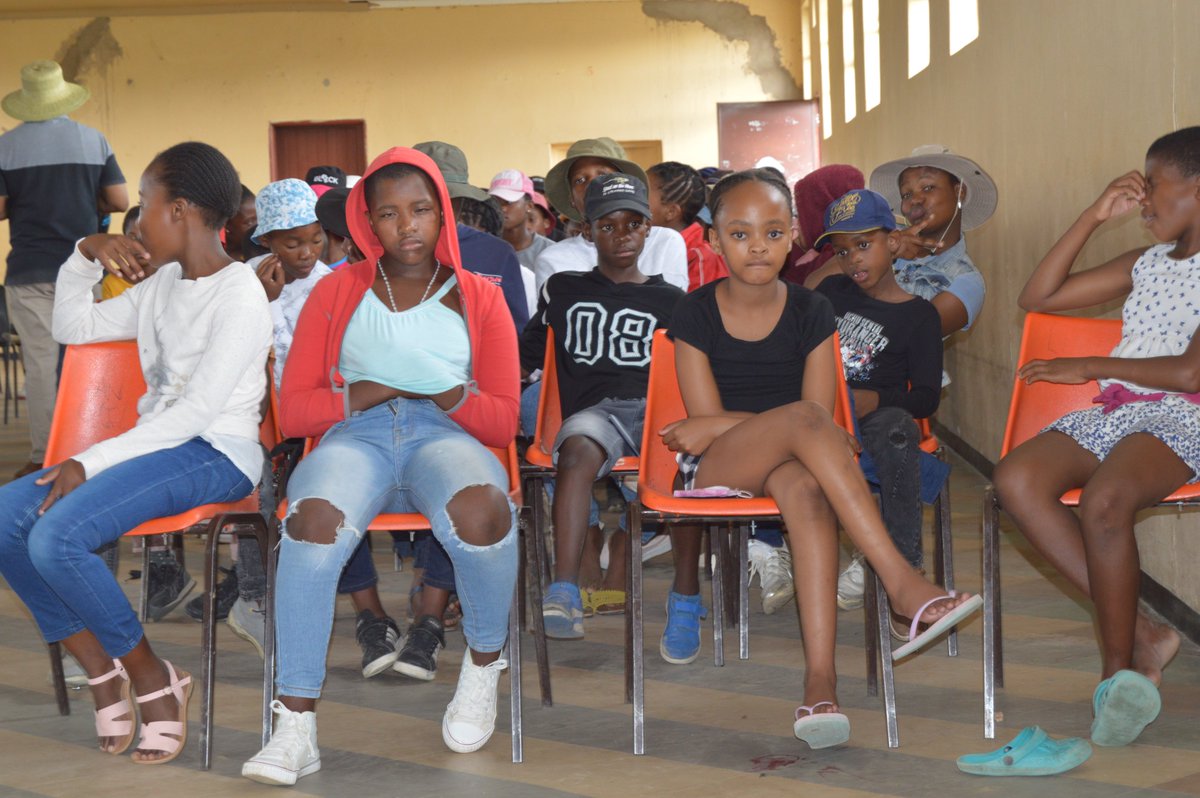 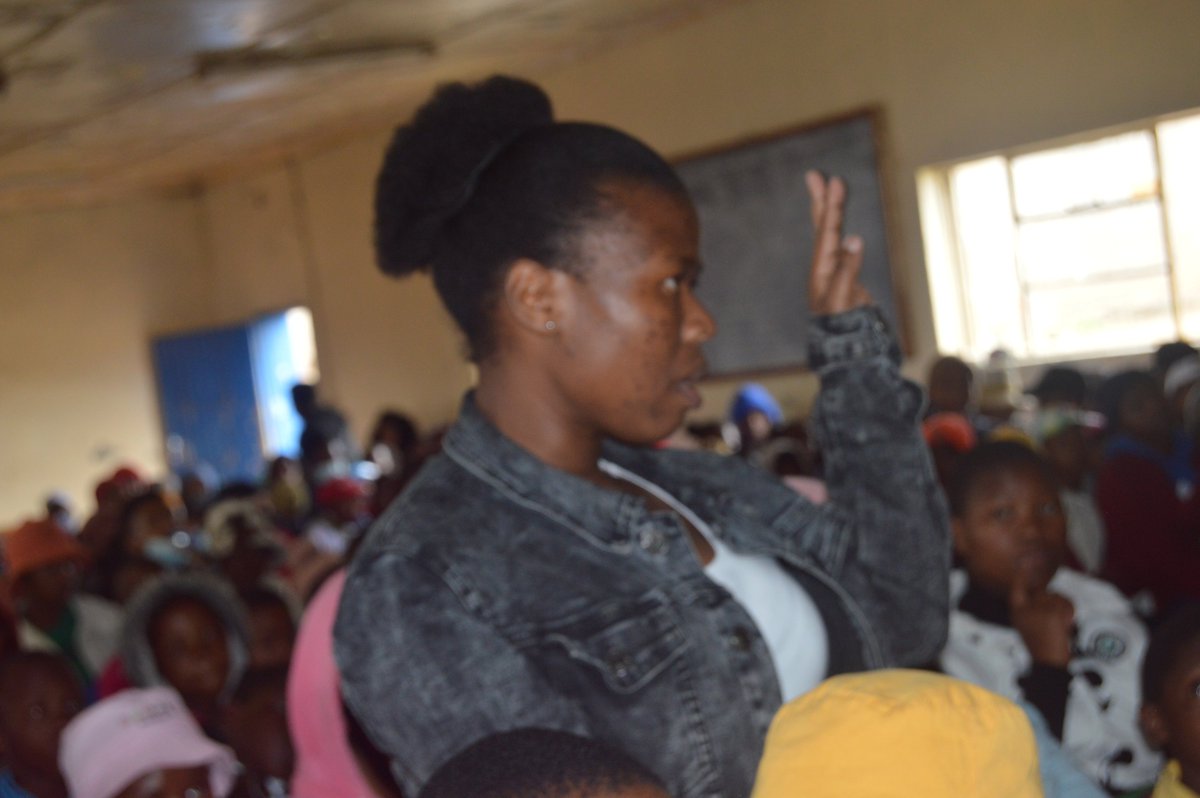