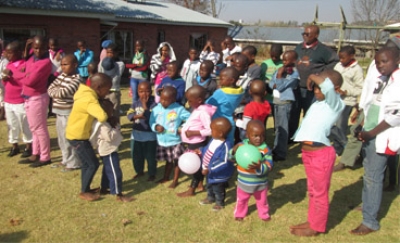 19 Jun, 2015
MISA hosted the 2015 elections of child ambassadors under its Children & the Media project simultaneously in Windhoek, Namibia, and Maseru, Lesotho on June 13, 2015.

MISA hosted the 2015 elections of child ambassadors under its Children & the Media project simultaneously in Windhoek, Namibia, and Maseru, Lesotho on June 13, 2015.

Over 100 children and parents attended the elections, anxious to see who would be elected to the positions for the 2015 – 2016 period.

Prior to the elections children had an opportunity, through the on-going focus group discussions, to assess the skills of participating children and nominate their preferred candidate to stand for the official elections. Children nominated two individuals in each country that they felt confident would represent their interests at national and regional levels.

The elections got many of the children excited and nervous at the same time. Many of the nominees were very nervous and felt that they were not quite ready to give their campaign speech. Others were very confident in what they were going to say.

There were a total of fifteen contestants that ran for the four child ambassador positions. The newly elected Child Ambassadors of 2015-2016 are Selma Amwele (17), Ndapewa Johannes (17) from Namibia and Malehioa Chakatsa (12), Seeng Motselebane (12) from Lesotho.

The four ambassadors will be joined by the other elected ambassadors from Zambia and South Africa for a nine-day retreat which also includes a two-day meeting meeting with journalists and civil society representatives.

The aim of the media meeting is to explore how the relevant stakeholders can contribute to the implementation of the United Nations Human Rights Council resolution “Towards better investment in the rights of the child”, passed in March this year.

6
10
We use cookies on our website to give you the most relevant experience by remembering your preferences and repeat visits. By clicking “Accept All”, you consent to the use of ALL the cookies. However, you may visit "Cookie Settings" to provide a controlled consent.
Cookie SettingsAccept All
Manage consent